Magic Bullet Looks - Desert sunrise, Arctic tundra, nighttime urban streets: the look of your footage defines the mood. Now you can define the style of your video or film, regardless of on-set conditions, with powerful imaging tools. Choose from 100+ Look presets, to help set the mood for everything from a wedding to the next Sundance original. You also get the standalone Magic Bullet LooksBuilder, for pre-visualizing looks on set or anywhere. Portable presets load into any editing hosts, so the same Looks you create on set are the ones you finish with in the editorial suite: no need for an expensive finishing system.

Magic Bullet Looks is a new plug-in for creating stylized moods and treatments for any type of moving media from DV to HD to Film. Looks replaces the older Look Suite tool and features a completely new Magic Bullet color engine.

Magic Bullet Looks is designed to make changing the color and mood of video very straightforward and fast. We support the highest bit depth possible with Looks, including 32-bit floating point. For projects that run in standard 8 bit or 10 bit mode, Looks automatically and transparently upconverts the video to floating point format, performs all calculations with the highest precision, and then returns the video to the import format. This guarantees the highest fidelity for your final output. This is exactly the way that high-end color systems like Discreet Lustre and other purpose-built color correction systems operate.

A Designer's Interface - For the first time, you can design and refine a look with a user experience that balances ease of use with the power of 36 distinct Look Tools. The new interface offers Quick Drawers for accessing tools and presets without taking up valuable space. Tool controls keep clutter to a minimum. Also, a linear-light processing engine provides fluid interaction using the power of your graphics card.

100-Look Library - More than one hundred unique Looks, conveniently organized by category in the Look Library, are a great starting point for defining the mood of any scene. The presets range from simple exposure and film process emulation to radical color changes. Best of all you can use the Look Theater to browse through the library using your own images - finding a look couldn't be easier.

Looks with Legs - Magic Bullet Looks works as both a plug-in and a standalone application. The LooksBuilder plug-in accesses presets and renders looks inside a variety of popular editing software packages. The application lets you refine and create looks anywhere, from on set to your edit suite, using any image as a foundation. Go from pre-visualization to final output, all with the same look. 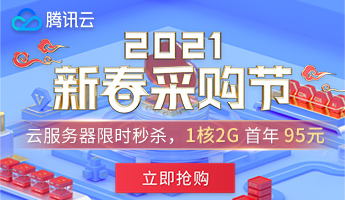 THEME KRATOS MADE BY VTROIS